Every now and then I come across a recipe on Pinterest, make it within the week, and decide it’s now a regular staple. This is pretty rare not only because I very quickly forget about things, but also because it requires a level of timing such that I haven’t bulk-cooked anything super recently. This recipe from Dinner Then Dessert is one such example of everything working out nicely. 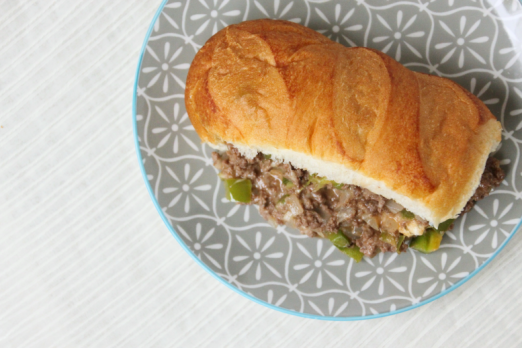 I am a big fan of cheesesteak sandwiches; they are my go-to order from Pickle Barrel here in Bozeman. Actually that’s a lie, they are literally the only thing I’ve ever ordered there. When I discovered you can get one extra topping for free, the additional bell peppers radicalized my world. (Possibly a slight exaggeration.) 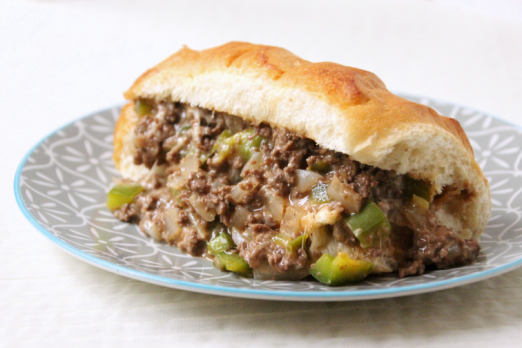 However, they are not even a little healthy and often served in exorbitant quantities, so it’s not a meal I eat often. I did figure that being able to control the portions would be better, and so toyed with the idea of making them myself. In reality, thinly cutting steak for sandwiches sounded like way too much work so I put that thought on the backburner until I came across this genius idea of using burger instead. Much faster prep and cooking time with all the same delicious flavors. It’s also a bit easier to eat since there are no long pieces to bit through, and you can reheat it easily before putting it on your bun of choice. Wins all around. 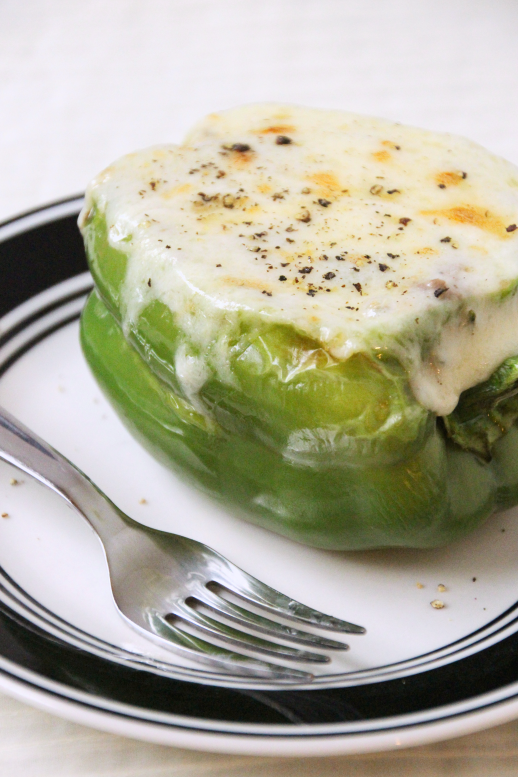 Since I discovered this recipe during my lower-carb endeavors, I also made a few into stuffed peppers for me. (M kindly let me photograph his sandwich before he ate it, with only minimal frowning.) This method is also super delicious, and easy to prepare in bulk. The built-in container makes it great for meal prep and reheats pretty well if you cut it in half first. (With mini peppers it’d also make a tasty appetizer.) 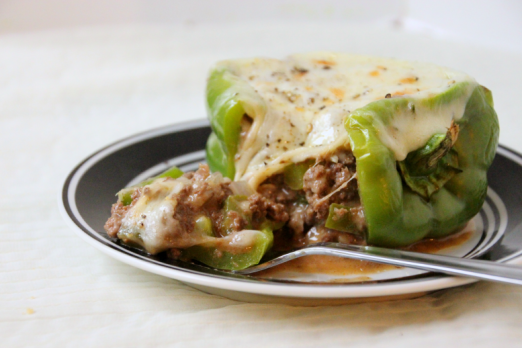 Ooey, gooey, cheesy goodness abounds in this delightful entree, so warm your belly and your soul with these tasty sandwiches or peppers.

Adapted from Dinner Then Dessert
Makes 6-8