Despite not being much of a whiskey consumer in beverage form, I often love whiskey-infused dishes. Whiskey can really amp up the flavor profile of a recipe, and works in everything from caramel sauce to pork chops. Having experimented with numerous other alcoholic ice cream concoctions, I wanted to play with a new liquor this year.

One of the few whiskey beverages I do enjoy (other than the delightful whisky liqueur I got while I was in Scotland nearly a decade ago) is a whiskey ginger. This is actually a bit odd since I don’t always love a prominent ginger flavor, and I rarely drink soda, but somehow it all comes together in a refreshing beverage perfect for a hot summer day. Accordingly, this seemed like an appropriate thing to ice creamify. 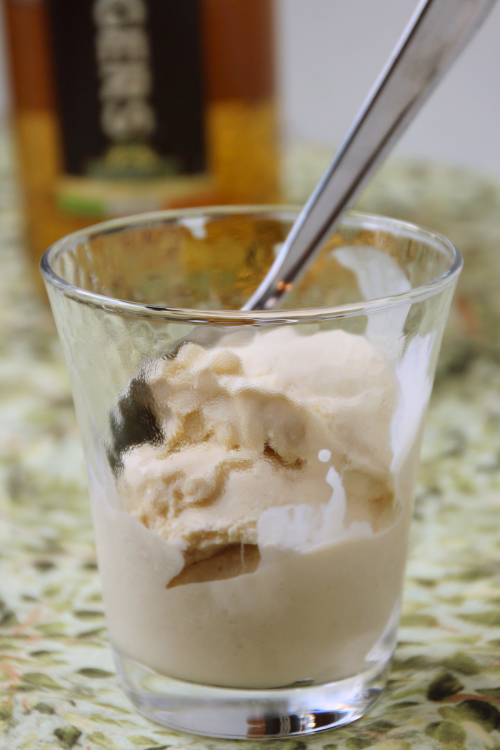 Having zero experience with whiskey, I turned to my friend the whiskey connoisseur for advice. After asking a few questions about my goals, he ultimately recommended 2 Gingers Irish Whiskey as one to put in my ice cream. This turned out to be a delightful recommendation, not only because it tastes awesome as an ice cream, but also because  as well. 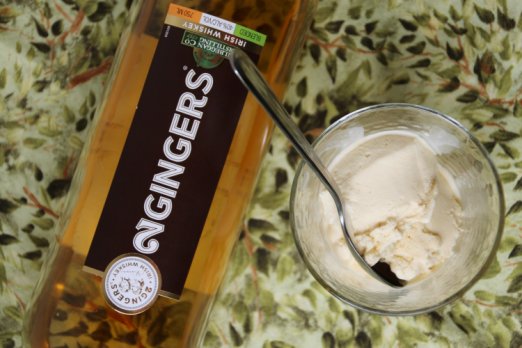 With whiskey in hand (or rather, on the counter) I set out to create my whiskey ginger ice cream. I opted to flavor with honey rather than sugar since the cocktail itself often incorporates honey rather than a simple syrup, and it seemed like a delicious flavor match. The ginger aspect was easy enough, since infusing anything with freshly grated ginger root is both easy and delicious, but as I wanted the whiskey flavor to be prominent, and adding liquor to ice cream drastically lowers its freezing point, I knew this particular recipe could pose a scientific challenge.

Round one had good flavor but was extremely soft – it never frozen beyond soft serve texture even in our coldest meat freezer. This was not quite what I was looking for, mostly because I’m not a huge soft-serve ice cream fan but also because it makes it extremely challenging to photograph and as a food blogger that’s actually quite important. 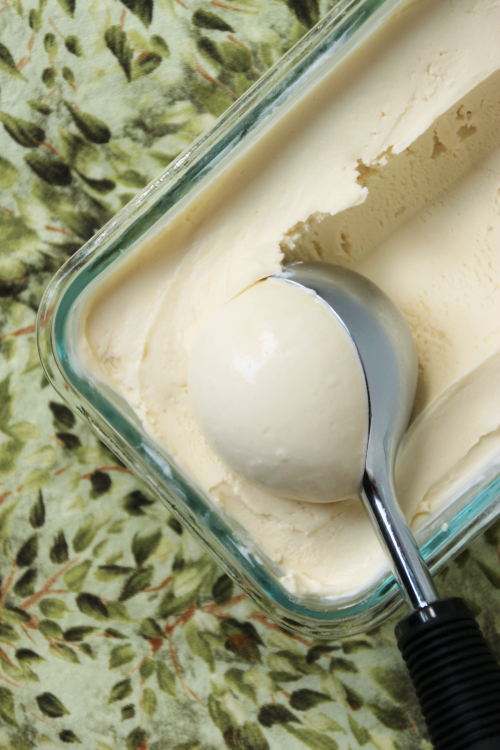 Round two I used a bit less whiskey and a bit less ginger. It turned out firmer, which was ideal, but me and my taste testers agreed it lacked the punch that a cocktail ice cream truly deserves. Not to say it wasn’t delicious, but just was not quite there yet.

Round three was the ultimate winner. With the knowledge that cooked eggs are how you make a proper custard, I decided to try adding the egg substitute during the heating step rather than after. As I’d hoped, this minor change allowed me to add a proper amount of whiskey while maintaining at least a passably firm texture once completely frozen. Mixing in plenty of ginger resulted in a definitively cocktail-like but still creamy mouthful. 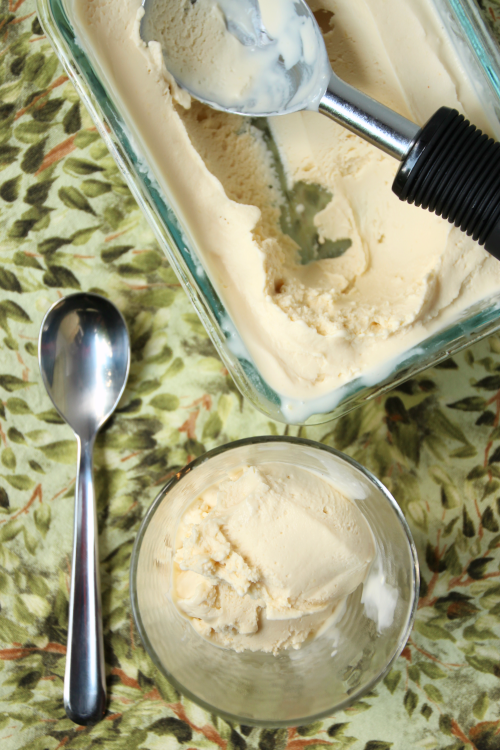 This ice cream is definitely still one of the softer recipes I have on my blog, and you will want to serve it quick, even using chilled bowls if you can. It packs quite a punch of flavor and there should be no mistaking either component if you’re using the higher end of the whiskey range. If you prefer a mellower profile, use a lesser amount; as a bonus, your ice cream will freeze a bit firmer too.

A small scoop of this ice cream is a perfect summer treat, and for any real whiskey lovers you can serve it affogato style with a splash of extra whiskey on top. If you’re into it, a sprinkle of candied ginger would also be a fun addition and would give a small clue to what’s in store for your guests. 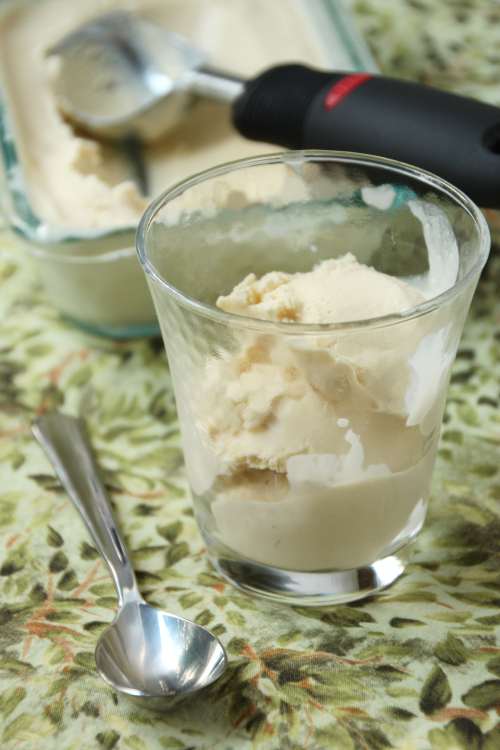 If you’re looking for a new way to pare down the liquor cabinet , look no further than this whiskey ginger ice cream.

1 If you prefer a milder ginger taste, you can use one tablespoon instead.

2 For a stronger whiskey flavor use up to but no more than 1/2 cup of total liquor; for a milder taste use just 1/4 cup. Please note the more alcohol you add the softer the ice cream will be! I used the full amount and the ice cream is permanently in about soft-serve consistency, even in our -11*F meat freezer.